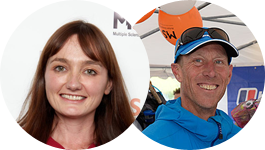 "First time this year and what a fantastic event, managed to scrape in in the 10hrs, met loads of lovely friendly people and the event was brilliantly managed, looking forward to next year." Mike & Jo

We use cookies to ensure that we give you the best experience on our website. If you continue to use this site we will assume that you are happy with it.YesNoPrivacy policy